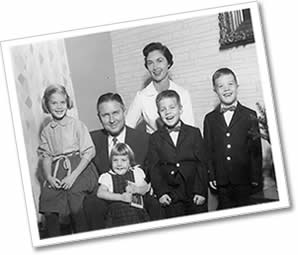 WHEN I WAS A KID…

I’m the little one holding my favorite book, “The Art of El Greco”. I took it with me everywhere. I really liked his painting of the Cardinal in red. I thought he was Santa.

As the youngest child, I was always trying to catch up to my brothers and sister. It didn’t work! So, I spent a lot of time creating my own world…

…on paper…
I loved to draw

…in the woods
following stone walls
and creating forts

…and in my room…I spent hours building kingdoms on my floor. I planted fields of crops out of brightly colored beads. I “borrowed” my brothers’ trucks and chessmen. The pawns were the peasants working the fields, picking the crops. The knights and rooks drove the trucks and bossed the peasants. The King and Queen ruled. I had total control!

I grew up in Connecticut. I lived in lots of different houses, but stayed in the same community. My mom supported us with her real estate business. My dad had a little office somewhere. He was very creative, but none of us could figure out what he actually “did”.

My career as a writer began in second grade. That year I bought my first poetry book at the school book fair. The book, “A Rocket in my Pocket”, was filled with silly poems. I began making up poems of my own. I started searching for rhymes that worked with my teacher’s name, Mrs. Cuzzard. It was time to change schools. We moved again.

Our town of Wilton was growing and somebody kept building new schools. I got to try them all out. I thought it was fun.

Although I was always drawing, my career as an artist
became “official” in Miss Buckley’s third grade class.
That was when I sucked up paint through a straw.
It was like swallowing chalk. I can still taste it!
I was supposed to blow through the straw to move
the paint around, but I got confused.

I had a brief fling with theater in elementary school. I was chosen as the witch in a production of Hansel and Gretel. The Music teacher took out all of my solo numbers…I had a great cackle…but my singing needed a lot of work. In high school I moved to designing programs and posters for the school productions. It was clear the visual arts were a better choice for me.

I did not become a real reader until high school. I discovered Jane Eyre, Wuthering Heights, Dickens and Tolstoy. My favorite books seemed to have a recurring theme. The main character, usually destitute, finds a new family who loves them, understands their every need, and is usually rich. Great reading for an adolescent!

I wanted to go to art school in Paris. I ended up at Syracuse University, where I spent the year preparing my portfolio for Parsons School of Design in New York City. While studying fashion illustration at Parsons I discovered that, if it weren’t for the clothing they wore, the fashion models would all have the same shape. It was a lot more fun sketching people on the subway. This is when I decided to try children’s book illustration. After the first class I found what I wanted to do. By the third class, I changed my career path in the elevator. 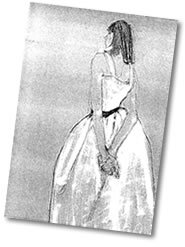 This is when, while riding the elevator with one of my teachers, I told him about my revelation. I loved the process of creating children’s books and I hated fashion. He questioned why I was in fashion in the first place. He went home. I went back up the elevator and changed my major to children’s book illustration. Then I went to the local bookstore to look at books by the instructor that was teaching the class. I found plenty of his books under the “S” section, including “Where the Wild Things Are”. The class was taught by the author/illustrator from the elevator, Maurice Sendak and an amazing book designer, Jane Bierhorst. These two people are so gifted and giving of their talents. I feel that I am still learning from them, although the class was almost 25 years ago.

I went to lots of publishers as soon as I graduated from Parsons. Everyone was very encouraging. One publisher even talked to me about illustrating someone else’s text, while eating a snack over my portfolio. I was insulted by the crumbs. Shortly after this I left New York to “visit” a friend.

I ended up in Cleveland, Ohio and my first real job as a staff artist for American Greetings Corp. I was drawing silly cards from 9-5, with a lunch hour, coffee break, and a very funny group of co-workers. They taught me how to hang a spoon from my nose. It was a blast. I stayed a couple of years and married my friend. We are still married and still friends.

How to hang a spoon from your nose!
1. Wipe the end of your nose
2. Breathe on the spoon.
3. Hang the spoon on your nose and let go! 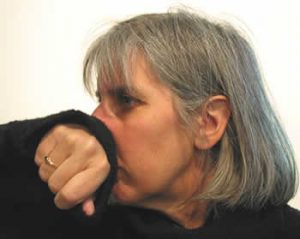 Wipe the end of your nose 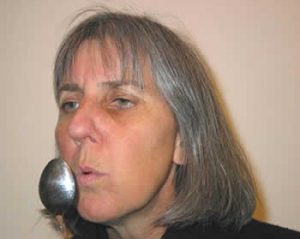 Breathe on the spoon. 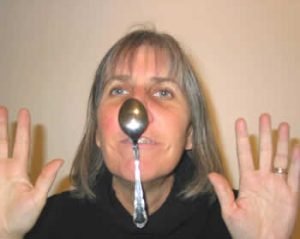 Hang the spoon on your nose and let go! 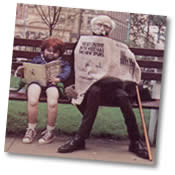 We moved to Connecticut and commuted to New York. In the city, I shared a studio on Union Square with two very talented illustrators and fellow Parsons graduates. We had no money, but lots of confidence. I ran all over the city and illustrated whatever I could to pay the rent. Then, the New York Times sidetracked my career. Our building had an “open studio” event. I was creating soft sculpture on the side. I ended up with my picture in the Times and spent most of the next year stuffing and sewing soft sculptures. I missed drawing. I wanted to make books. 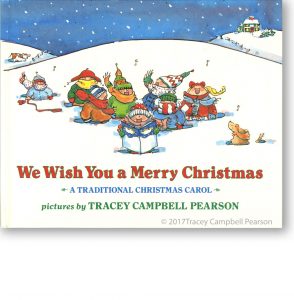 At the end of the summer I moved my studio home. I decided I would be published by the end of the year. Lucky for me, I was. Dial Books offered me a contract for “We Wish You a Merry Christmas”, my first book.

Wilbur likes to hang out with me in my studio. 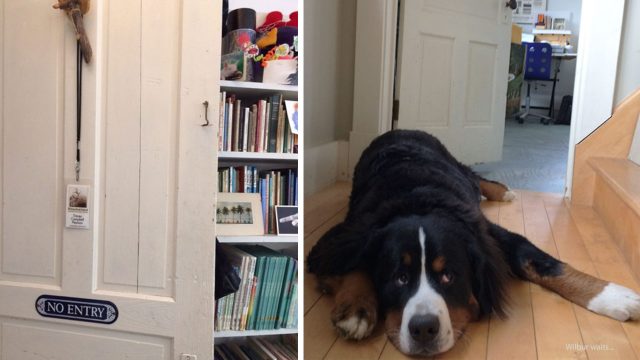 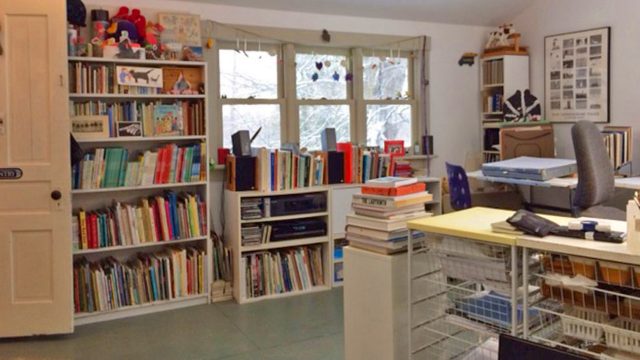 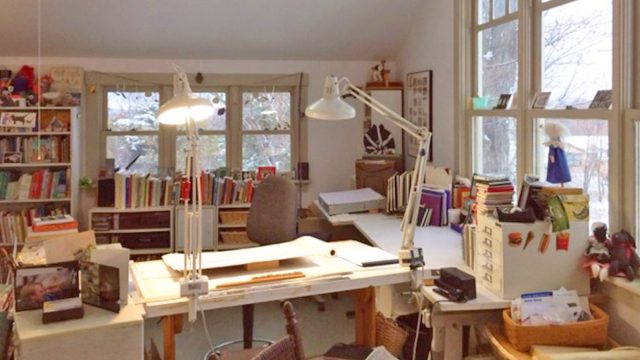 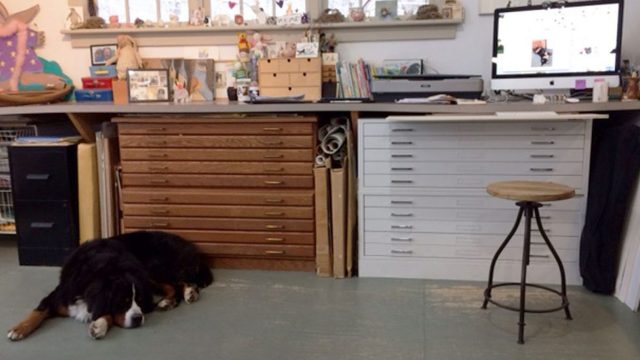